See my blog for what a European-minded writer who lives in England hopes to get up to in 2015. I’ll be thinking about subjectivity and autobiography, and making the best sense I can of Husserl. I’m interested in the Cold War background to the philosophy of Bernard Williams, against a general feeling that it’s not a topic worth thinking about. There’s also my old, old fascination with how German aesthetic idealism fed into Russian revolutionary thought. How did a sophisticated body of thought about art, imagination and personality morph into political activism? It seems to be a story about a particular and rather noble concept of imagination and I’ll be tracing how it got passed on from one culture to the other, through six or so generations. 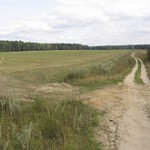 The successor to Anyone’s Game will be my third novel. Part of Symposium with Spies takes place in the countryside outside Moscow, where dissident writer Boris Marlinsky is summoned to account for what he’s written.  More happens in Helsinki, where Plato makes an appearance. It’s a novel about awkward love and an upset world.

Rilke: The Last Inward Man is my latest book, closely followed by Street Life and Morals German Philosophy in Hitler's Lifetime. Find out more under Recent Work below!
NEWS