Remember the days when people wrote letters to writers via their publishers? I’ve written and received a few such letters in my time. Iris Murdoch decided I was a journalist and therefore unworthy of more than a dismissive couple of lines. She said my interests could only be ephemeral. Later I met her when she was already ill and she was sweet and kind and asked me so encouragingly whether I had good ideas. I said yes. 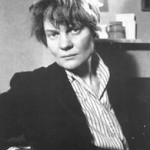 On two occasions I contacted the eminent historian of ideas  George Steiner with a question. I rate him highly.It was difficult for him to find an intellectual place in an anti-intellectual England. Once I asked him about the deus absconditus when I was reading the wonderful German poet Rainer Maria Rilke for the first time. My other query concerned Heidegger and the poet Paul Celan. After the war and before Celan killed himself there was a famous deliberate meeting between the philosopher who had belonged to the Nazi Party and Celan, who lost his family in the Holocaust. My query about the significance of Heidegger’s name falling upon a poet’s ears — Heide happens to mean ‘heathen’ in German — seemed to make Steiner cross. Maybe it was a silly question. I asked it a long time ago. 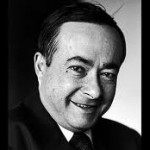 Did I keep their letters? I don’t think so.

You can email me here.

'Dismayed by the inequities of early capitalism and the feudal nature of czarist rule, they “dared,” as Chamberlain puts it, “to wonder what might be ‘the right way to live.’ ” The New York Times 20 Oct., 2017 re my new bookTHE ARC OF UTOPIA The Beautiful Story of the Russian Revolution.
NEWS